In a small town in Texas called Abbott, an Australian Shepherd was wandering around in a graveyard late on Friday night. The dog began to dig a hole, and to his surprise, locked eyes with a woman in the ground. A breathing woman.

The dog, who’s name is Rocky, continued to dig until the woman stuck her upper body out of the ground.

“I heard barking coming from down the street,” a source says. “I looked out my window and saw the dog sitting next to a woman who I thought was sitting on the ground.”

The source walked down to the graveyard thinking that something was wrong. When she arrived at the scene, she was shocked to see a pale, thin haired woman covered in dirt with half of her body in the ground.

“I immediately called the police,” the source also said. “I was in so much shock that I started crying when the police answered the phone.”

Later that day, the police found out that the woman’s name was Linda. She didn’t remember much, so detectives researched as much as they could. Apparently, the woman was Linda Marshall. She had been missing for 3 days after she was knocked unconscious in her home and dragged 7 miles to the graveyard.

“All I remember is sitting in my room and hearing someone walk into my house,” Marshall says. “And the next thing I know I woke up with my hands tied behind my back, and I was in the ground. I screamed until my voice gave out and even then I tried to kick the dirt loose, but it just wouldn’t work.”

Rocky’s owners, who choose to be anonymous, requested a reward in return of finding Linda. Since Marshall remembered nothing and had nothing to give, the police gave the dog’s owners $500. Linda later referred to the people as, “greedy assholes”. 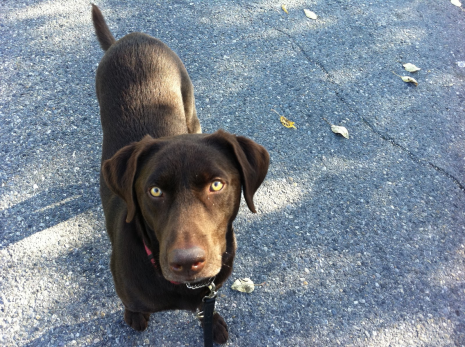 Linda Marshall was placed into intensive care at Abbott Lee Hospital and will be there for several months.

As part of our class, we review our views and comments on our work. Our students love your positive comments. If you enjoyed their work please let them know.
Loading Comments...
%d bloggers like this: