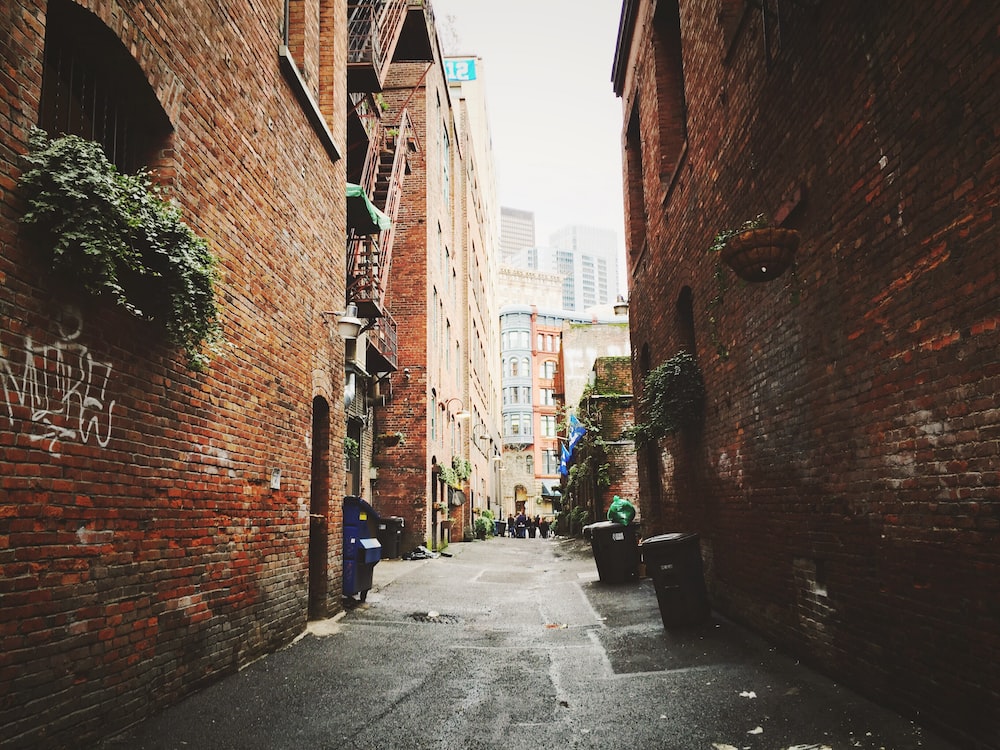 “What the hell?” I said recovering from my unconsciousness. I scratched my head as dried blood flakes float off. I look around noticing broken beer bottles and empty McDonald’s bags scattered across the dirt and bug riddled ground. The smell of sewage and Donald Trump’s toupee flooded the dark alleyway and curdled my stomach. I look to the right of me to realize there was a dirty, smelly old man laying next to me on the vomit stained mattress I woke up on.

“Hey?” I poked the man with a stick. He didn’t seem to be breathing and felt limp. “Hello? Are you okay?” I said again as I shook him with the tip of my foot. “Sir?” The man finally groaned and slowly flipped to his side. He had pizza crumbs and spoiled milk in his salt and pepper colored beard. He looked rough.

“What the hell do you want, you communist?” The man growled with a raspy voice.

“Um, I’m sorry, but could you tell me where I am and what time it is?”

“Its 1973, Israel. Time to storm the trenches.” He said as he jumped on his feet firing a pretend machine gun.

“Okay…” I started slowly backing away. I bumped into someone while I wasn’t looking.

“Hey, watch it freak.” A women growled as she exhaled menthol smoke. “Hey. I know you kid.” The wrinkly old woman said to me puffing her cigarette. She looked about 90, and she was noticeably unhealthy.

“You do?” I said very confused.

“Yeah man, you were at that crazy party last night. With the Batman running around snorting coke off of everyone. And that big purple monkey was there.” I looked at her with a blank stare not recalling any of what she mentioned. “You can’t tell me you don’t remember. That was the party of a lifetime!”

“No, trust me man, you were there. You were running around with Morgan Freeman telling jokes to everyone and letting Morgan say the punch line. You were cracking everyone up. Plus you consumed a lot of drugs.” She laughed and patted me on the shoulder. “We got to hang out more often. I hadn’t had a night like that in a while.”

“Well that’s probably all the heroin we did together, ahah. You practically did my whole stash.”

“I would never! That’s a lie. Do you know who I am? I’m a very important man. I run a very legitimate business. I would do nothing that inhuman to ruin my name!” I said angrily. There was no way I was who she was talking about. If anyone at my firm would find out I could lose my job. This was a serious problem. I had to make sure this wasn’t me, and if it was I needed to destroy all evidence before my life gets torn from my hands.

“Bro, I’ve got pictures of us doing body shots and so much other stuff here on my phone. See lemme show you.”

“Oh yeah. Let me see that.” She pulled out her cracked android and pulled up horrendous pictures of me at this crazy party. It was a nightmare come true. It was images of me running wild. I was wearing a pink curly wig with a spiderman suit. I had white powder flung down my outfit and face. My eyes were as big as saucers and there were many photos of me throwing up in plants. As she showed me the last image, which was one of Donald Trump and I wearing a Trump wig, I grabbed the phone from the lady’s bony fingers and smashed it on the ground against a cinder block. I began to violently stomp on the screen.

“You tell anyone about seeing me and I’ll hunt you down and make your life a living hell. Got it?” I said with fire in my eyes.

“Yes sir, got it.” The woman said backing out of the alleyway and scurrying away.

I ran to the closest coffee shop with public computers. Looking all over the internet. Sure no one had uploaded any damaging photos of myself. It took a long minute before I came across something that might jeopardize me. Morgan Freeman. He had been the only person out of the whole party to post a picture. It was of him with his good friend Johnny Depp, which was all fine and dandy till you notice in the background, myself and Bam Margera had been snorting some substance off of a purple monkey’s tail. Plain as day, noticed by everyone. I had to find where he was and ask to take the photo down. First I needed to figure out where the hell I was.

I stepped out to the street. The bright sun shot into my blood shot eyes.

“Damn,” I said rubbing my eyes. I looked up around me. “Oh that was easy.” In front of me was a big welcome sign to Detroit. “How did I get here? I live in California. I’m a long way away.” Then suddenly I noticed a sign from God. Next to the Detroit sign there was a big advertisement for a T.V showing of Morgan Freeman’s talk show 15 miles north to where I was. “Well that was easy.” I said chuckling heading down the broken gum splatted sidewalk. As I walked down the sidewalk the smell of hot dog water and hood rat filled the air. Convenience stores had chains and gates on the windows and door to prevent a break in, but around here it didn’t look like it would help much. By every other corner block a drug dealer was making his rounds. Gunshots fired in the distant along with the screams of young children. This was not a friendly place.

Walking down the street, looking over my shoulder every other second, a blacked out Audi pulled up next to me by a stop sign. As I stepped onto the road one tinted window in the back drivers side rolled down. A mysteriously deep enchanting voice carried from the window.

“Get in, now.” Said the voice. Terrified, I grabbed the chrome handle. I slide down on the black leather seat. I look beside me and couldn’t believe what I was seeing.

“I’m glad I found you my brother.”

“Yes. I’m Morgan Freeman.” He said before I could finish my sentence.

“Why, why am I here?” I asked with sparkles in my eyes as I gazed at this beautiful human.

“I have your phone, my kind friend.” He handed it out to me. I reached towards my phone. He swiftly pulled it back in his pocket.

“Now, my new friend, I shall put this cellular device back in your possession, but first we must make a deal.”

“Yeah of course. Anything for the great Morgan Freeman!”

“Okay one, don’t objectify me as some superior. I am the same as you, brother. Equal in life.”

“Second, you must delete any evidence of our time last night. I am thankful to meet such old soul like yourself but that night never happened. It would cause me a great deal of trouble.”

“What night?” I said chuckling, hinting to him I would comply.

“Thank you brother.” The car stopped and my door opened, as if something with a greater force opened it. “This is your stop. Here is your telephone son. Have a wonderful life, my companion.”

“Yeah… bye.” I said still very confused on how all this happened.

Once the Audi disappeared in the distance my phone vibrates in my pocket. Looking at the home screen there was a notification $100,000 was transfered into my bank account. Following the transfer was a digital first class plane ticket to California.